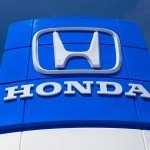 (WASHINGTON) — The government says it is fining Honda $70 million for not reporting to safety regulators more than 1,700 complaints that its vehicles caused deaths and injuries, and for not reporting warranty claims. It’s the largest civil penalty the agency has levied against an automaker.

He said regulators had shared information about the case with the Justice Department. The private Center for Auto Safety has called for a criminal investigation into the case.