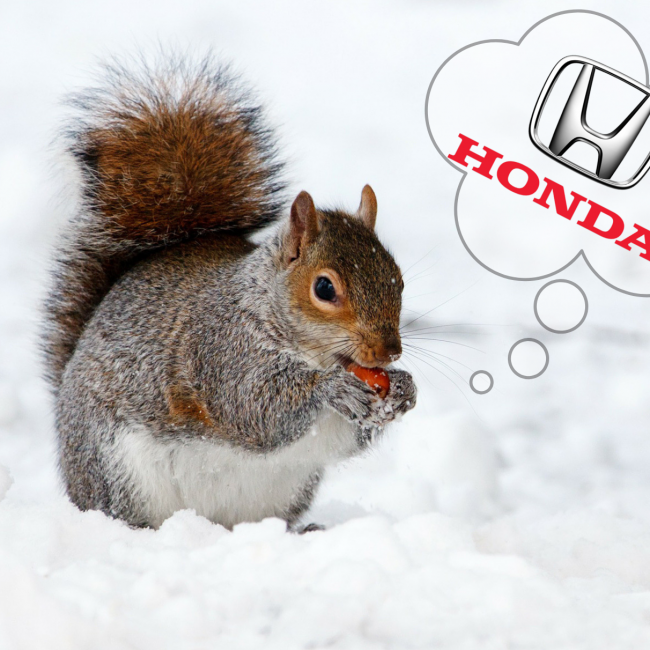 As much as I hate to admit it, I’m sort of attached to my 2008 Honda Accord. Both of my kids learned to drive in it, (son drove it off the lot in 2008 WITH the infamous VTC actuator issue!), and, well, it’s been on a lot of road trips with fond memories.

The latest road trip was to Tennessee, (rural area), where my car was parked outside. Upon starting it up one day, I was unpleasantly surprised to note the “malfunction indicator lamp”, (better known as the “check engine light”), was on. I thought it was odd as I hadn’t driven the car anywhere or done anything since making the 16 hour drive from Texas to Tennessee. I called my local dealer, Fernandez Honda, and they suggested that perhaps I had let the car sit too long and something was wrong with a sensor. I didn’t expect them to diagnose anything over the phone, and, before driving back to Texas, I took it to a local repair shop in Tennessee. They ran some diagnostics and told me it was a sensor, (fuel system related), and assured me they had cleared the code and I would be fine driving back to Texas. Problem was, the code wasn’t cleared and the check engine light remained on all the way back to Texas.

As I knew I would be coming right back to Tennessee, I thought it would be a good idea to run it by Fernandez Honda before I left to travel back to Tennessee. It was there that I received the happy news, (note sarcasm), that my rear, (floor), wiring harness had been chewed up by rodents, thereby rendering any check engine light code potentially erroneous. The young, (un-coached?), intake service guy told me, “yeah, the mechanic says that rodents like gas or something…” Now, I’m definitely NOT a mechanic, and I have heard that some animals are attracted to antifreeze,–however, I failed to see what “gas” had to do with the rear floor wiring harness. But hey, what do I know? Bottom line was I was given two extremely delightful options to fix my car:

I was, no pun intended; floored. I’ve never claimed to be a math genius, however, spending roughly half of what my car is worth didn’t seem to be logical. I opted for the repair and had to leave it at the dealership for the repair(s). But………given my previous experience with Honda, I wondered what the harm would be in searching for “chewed wiring”, other than high blood pressure should I find results. Surprise, surprise,–one of the first articles I pulled up was from Consumer Reports; “How to Protect Your Car From Rodents”¹, which was written after this article, “Lawsuit Claims Honda Refuses To Fix Vehicles With Soy-Coated Wiring That’s Irresistible To Hungry Critters”². Oh, and did I mention, in the first article, Consumer Reports shows a photo of and lists Honda part number 4019-2317 for “rodent-deterring tape”?

Honda’s “customer/vehicle problems and resolution process” is beginning to remind me of the movie Groundhog Day. The plot line appears to go something like this:

“[Honda] has turned this defective soy-based insulated wiring into another source of income for Honda and its dealers by charging aggrieved vehicle owners for repairs or parts to deal with the adverse consequences of the very defective soy-based insulated wiring that Honda should have covered under warranty in the first place,”the car owners claim. (source)

Everyone makes mistakes; individuals and businesses alike. However, something feels incredibly wrong when instead of being honest, taking ownership of a problem and offering restitution to customers, the problem is exploited for financial gain.

An ounce of prevention if possible…

So after you’ve spent thousands of dollars to repair your vehicle, the question begs to be answered; can it be prevented from happening again? You may have options:

This article is helpful regarding prevention:https://www.wheels.ca/news/rodent-damage

Question: Will your next vehicle be a Honda?

To answer my own question; I don’t think so. I no longer view American Honda as a trustworthy company. I have been fortunate to do business with a dealership that has discounted their rates, which is really nice. But then, would I have been in the position of paying for Honda’s negligence if Honda had been proactive and acknowledged their mistakes upfront?

I now am left wondering, if I had known about the wiring lawsuit prior to authorizing the repairs, would I have been able to negotiate a better price? Upon picking up my car, I mentioned to the service technician that Honda made rodent-repelling tape. I was given a blank look; no acknowledgement that such a product was in existence. Aaaannnd,…..it’s Groundhog Day all over again.

¹ Consumer Reports. (2018, July 9). How to Protect Your Car From Rodents. Retrieved from https://www.consumerreports.org/car-maintenance/how-to-protect-your-car-from-rodents. 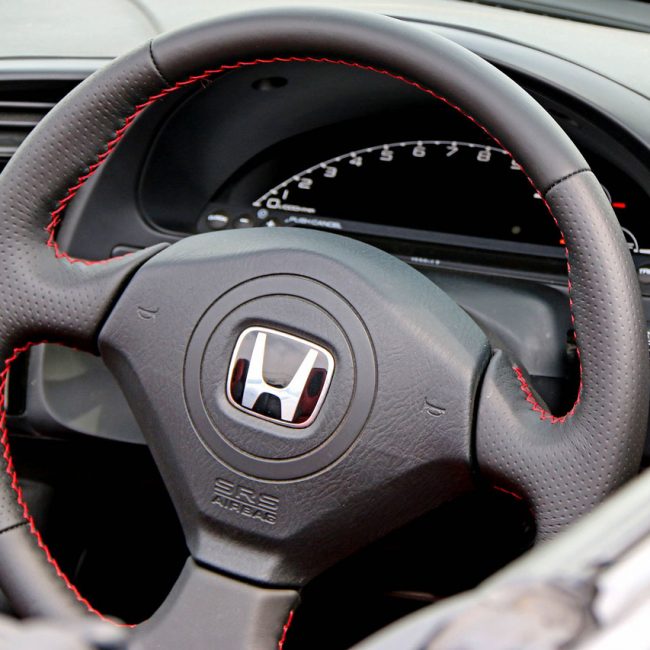 Click on the question to read. Leave answers or responses below.

I continue to get questions and comments relating to Honda’s TSB 09-010, “Engine rattles at cold startup”.  If other’s would like to weigh-in with answers or replies, I’m sure fellow Honda owners would appreciate it!  Please leave your responses below. Thanks so much! (Click on the question/box below to read full question and respond under “Leave a Comment/Reply”).

I own a 2013 Honda Accord Sport and it has that rattle on start ups and is now consuming oil. Before I get to the 5000 miles it will be more then 3 quarts low. Which means my oil light is coming on when I stop at a light or stop sign. I have taken my car to Spreen Honda where I serviced the car since I bought it. They said it could be my VTC accuator. Does that fit with the 2008-2012 Honda Accords problems? ~Steve Whittaker

Hi there, I’m having the same issue with the cold start up as well in my 2007 Honda Civic si as well but I don’t see any tsb for it just for the accords and crvs please help! It’s definitely the same issue for my car .~Michael Camacho

I currently own a 2012 and 2014 CR-V both are AWD and purchased new. Both have been taken to dealerships for routine maintenance as needed per their respective Maintenance Minder. The 2014 has had the VTC actuator rattle since almost new. U notified the dealer promptly ad was told they either couldn't replicate or it was "normal" and needed no correction. At about 90k the oil indicator came on and it was due to low oil - 2 quarts. Now drinks about a quart every 2,500 mi. Today my wife called to let me know that her VSA, EPS, and malfunction indicator lamp came in simultaneously in the 2012. She has about 52k miles on that one. She has reported infrequent rattle but still some. Come to find out that she was also 2 quarts low. Neither of us had been notified by the dealer of prior low oil levels or consumption issues prior to the indicator lights. Dealer's resolution is to have oil changed every 3-5k miles. Or, have the piston rings cleaned/replaced at a cost of $1,600 each and that may not correct the HTC rattle. I have driven Hondas for the last 14 years because of their reliability and low cost to own. Now I'm staring at huge bills that may not correct the problem. Thoughts on what we can do to help the cause to get this more attention? We're a little lost and irritated. Would appreciate any help. Thank you! ~Nicholas Felder

I have 2010 Honda CRV . Issues with my car started to rattle brought to Honda and they do fix the VCT actuator. After a year it started to rattle again. 2nd issue; high oil consumption. Recived a letter from American Honda as well. Honda did the test and they said that the car doesn't have issues with oil consumption, it was a bad test, so I asked them to repeat the test. We just did the oil change then, now it's 970 miles and there's only 30% oil left which means that 1000 miles car consumed almost 3 quarts of oil. Please help me.  ~ Joel Dineros

I've just recently discovered an updated TSB 12-089 which covers high oil consumption in 2010 and 2011 CR-V's. It extends the previous warranty as stated:

Sounds to me like your Honda dealer isn't being honest when they're telling you your CR-V doesn't have a problem. Can you try a different dealership? You can always call American Honda and ask which dealership they would recommend. Be sure you take notes/keep records of all of your conversations for future reference.

I hope this helps!

If you can help, please leave your response below. Thank-you!

Another One Bites the Dust

I bought a used 2012 CRV at a dealership in 2014. It had around 25,000 miles on it when I bought it. The six years that I have owned it now has 108,000 miles on it. My VTC actuator started rattling on cold starts in the beginning of 2019. I took it to my trusted mechanic in summer of 2019 who is not a Honda dealership mechanic and he changed the serpentine belt thinking that was the issue for that was needing to be replaced. The next day the rattle was still there. My mechanic did a little more digging and found out about the VTC actuator TSB 09-010 out. He told me from what he read that there is no recall on it but it has been known for a while that this was an issue. He said that what he read on the TSB it said there was no safety concern and it was still okay to drive your vehicle was just more of a obnoxious noise. He gave me a quote of what it would cost for him to replace it and let me make the decision if I wanted to get it fixed. He said he would document everything in case there was ever a recall on it so I could potentially get my money back. I chose to wait and do a little more research online . I was overwhelmed with all the issues people are having and even if they did get it fixed sometimes it would come back. I chose to wait since it was just an annoyance and not a serious issue causing damage on the motor. My noise has progressed to not only making the noise in cold weather but also warm weather and also while I am driving making me very concerned and uncomfortable. In the last 2 weeks my oil light will come on briefly and then go off and I still have 20 to 30% oil life. This has all come on very quickly. I have an appointment scheduled with the Honda dealership on Monday March 23rd, 2020 to have them look at this. This is all happened within a little over a year. I don't expect much sympathy from them but I'll see what they have to say. The sad part about all this is I chose to buy this used CRV after my Honda Accord had been Totaled by a 16 year old who was driving his dad's F-250 to school for the first time. He wasn't paying attention and ended up plowing right into the back end of my Honda Accord making my back seat my new trunk. My daughter and I walked away safely with no injuries with exception of a bump on my head. The headrest in the back seat came two inches away from the head rest of my daughters in the front seat. I chose to stay in the Honda family for I was very pleased with my Honda Accord. I just paid my Honda CRV off in November of 2019 and now this is all happening. I'll see what the dealership has to say. I just wanted people to know and be aware that there could be more that goes wrong with your car if you have the VTC actuator issue.