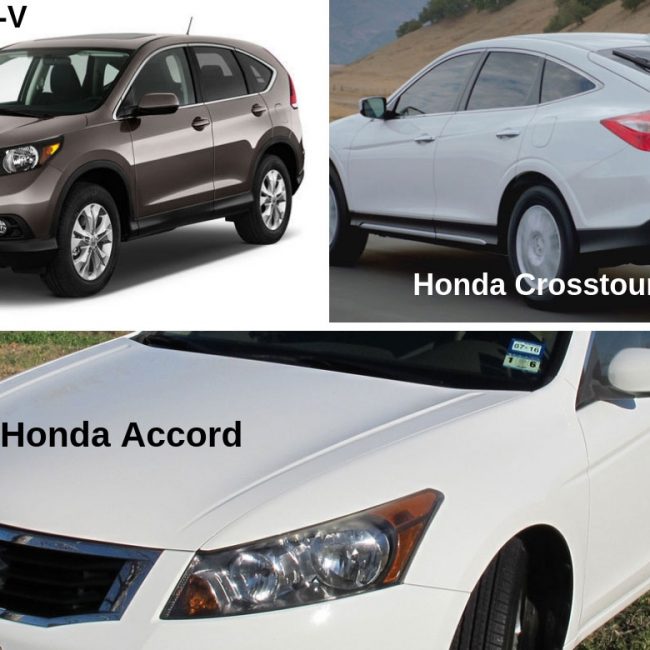 Symptom:  At cold start-up, the engine rattles loudly for about 2 seconds.

Symptom:  At cold start-up, the engine rattles loudly for about 2 seconds.  This may be intermittent and occurs when the outside temperature is below 40° F.

If you own any of the above referenced Accords, CR-Vs, or Crosstours, it’s imperative that you fix your VTC actuator* if you want to avoid catastrophic engine failure. If you’re still wondering if your car has a VTC actuator problem, see my original post here: https://goo.gl/ULvPGP. I understand fellow Honda owners feeling frustrated that Honda hasn’t issued a recall for a manufacturer’s defect that they knew existed at the time affected vehicles were sold .  I felt and feel the same way.  Of course, it would be expensive for Honda to recall all vehicles affected; maybe even catastrophic for them. To make a bad situation worse, there appears to be a strong correlation between the “Engine Rattles at Cold Startup” and “Sticking Piston Rings Resulting in Unusually High Engine Oil Consumption” (TSB 12-087 and TSB 12-089).  Note:  American Honda has extended the warranty in TSB 12-089 version 9, updated April 2019.  (You will have to have the software update completed in order to validate extended warranty).

The 2008, 2009, and 2010 Honda Accord vehicles (the “Class Vehicles”) suffer from a systemic design defect that enables oil to enter into the engine’s combustion chamber. This defect is present when the vehicles are sold and manifests prior to the expiration of several warranty periods, causing excessive oil consumption, premature spark plug degradation, and engine malfunction.

In 2012, a class action lawsuit was filed against Honda.  The lawsuit included affected certain versions of the 2008-2011 Honda Accord coupe and sedan and  2010-2011 Honda CR-V.  I received this letter from Honda in August 2015 stating they were extending their warranty of the engine pistons and piston rings to 8 years from the original date of purchase or 125,000 miles, whichever occurred first.  Although this was not mentioned in their letter, one of the causes of the high engine oil consumption as listed in the lawsuit, is a faulty VTC actuator. I have put together a comprehensive report covering this, giving you access to current TSB 09-010, dated February 25th, 2017. (Always check with your local Honda dealer for new/updated TSBs).

Honda has found that certain versions of the four-cylinder 2008 to 2011 Accord coupe and sedan and the 2010 to 2011 CR-V SUV may begin to experience higher than normal oil consumption…. ~ Consumer Reports¹

See a copy of the class action lawsuit brought against American Honda.  Note on page 1 the mention of possible causal factor number 4:

Alternatively, the defect may stem from a flaw in Honda’s VTEC variable engine-timing system that improperly allows oil to flow into the engine’s combustion chamber.

American Honda settled the class-action lawsuit in March 2014.  Honda also extended warranties, (residents of Washington State), on certain Honda Accords and CR-V’s.  Although this extension has expired, (8 years past the date of purchase or lease), it’s still a good idea to mention it as well as all TSB’s.  (Accord owners can cite Honda Service Bulletin 12-087, CR-V owners reference 12-089).  If you owned your Honda Accord or CR-V in 2015, you should have received this letter from American Honda. I’ve put together a report that includes all 09-010 TSB’s, including the most recent one dated February 25, 2017 as well as TSB 12-087 dated January 31st, 2018. My report will help you negotiate the best price for your VTC actuator repair or, if you’re a do-it-yourselfer, the complete parts list, (as listed on latest TSB’s), and how to make the repair(s). Keep in mind that Honda issues the following disclaimer on all TSB’s:

I’ve also included information on how to use TSB’s, recalls and customer complaints  to negotiate the best no or low cost repair with Honda even if your vehicle is out of warranty.

Here’s wishing you a happy resolution! Feel free to contact me anytime!

Understanding what Variable Valve Timing Is

How To Get Your Car Fixed For (Almost) Free

Do your research and find/print out all TSB’s, recalls, and even customer complaints you find on-line to use in negotiating a no or low cost repair for your vehicle.  Also, use this handy, on-line car repair estimator tool from Consumer Reports to get a location-based estimate for any repairs.